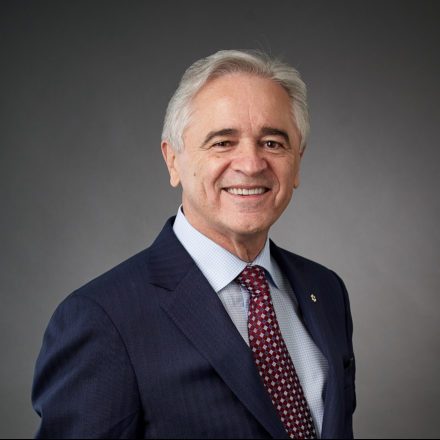 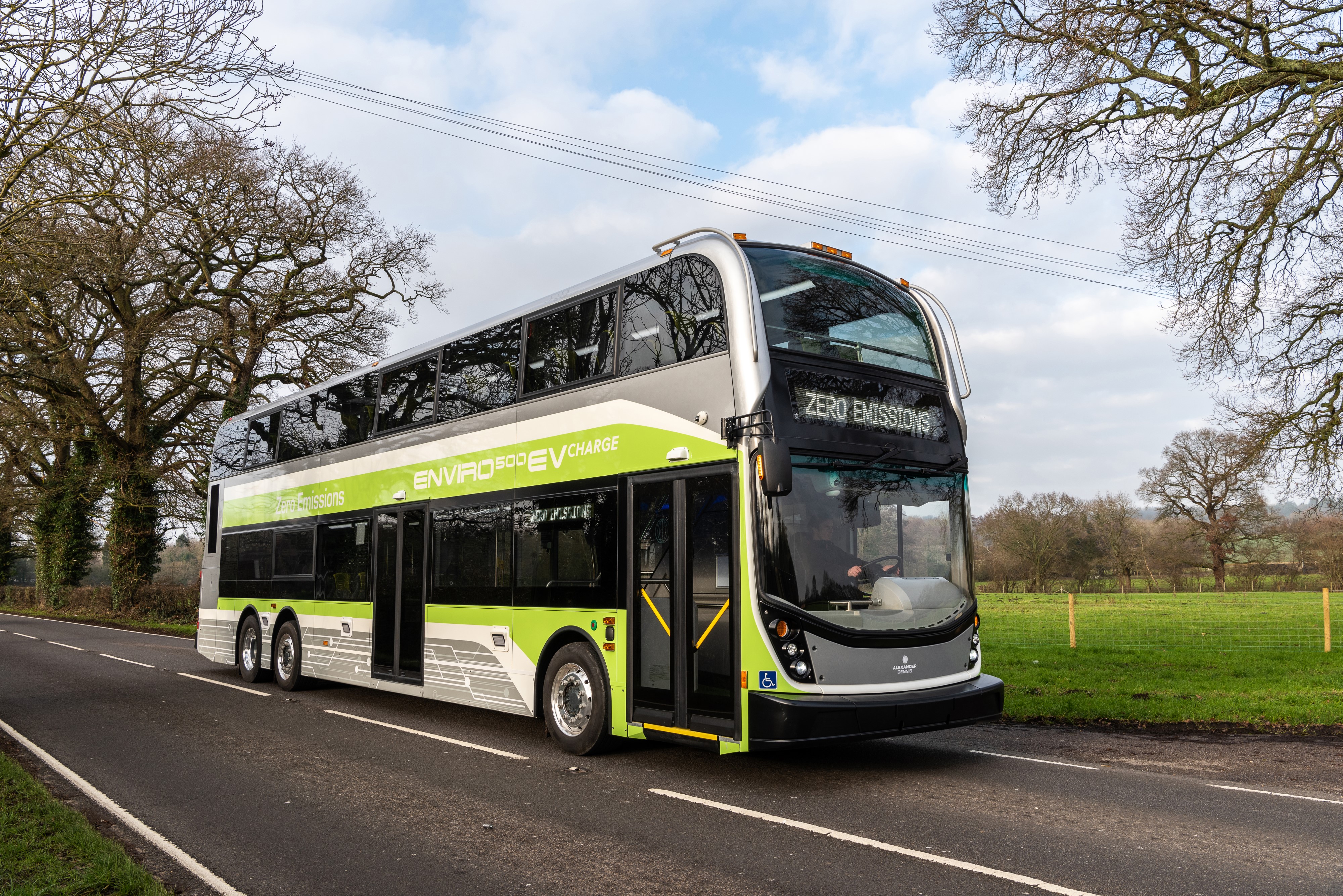 The Honourable Brian V. Tobin, P.C., O.C., ICD.D, was named as an Officer of the Order of Canada in 2013 for his contribution to Canadian public policy. Mr. Tobin is currently a Vice-Chair of BMO Financial Group and is the Chairperson of the board of NFI. Previously, Mr. Tobin served as the Premier of Newfoundland and Labrador from 1996 to 2000 and won two consecutive majority governments in provincial elections held in February 1996 and February 1999. Mr. Tobin also served as a Member of Parliament from 1980 to 1996, served as Minister of Fisheries and Oceans in the federal cabinet from 1993 to 1996 and served as the Federal Minister of Industry from October 2000 to January 2002. Mr. Tobin served as the Executive Chairman, President and Chief Executive Officer of Consolidated Thompson Iron Mines Limited until May 2011 when that company was purchased by Cliffs Natural Resources Inc. Mr. Tobin has also served as Chairperson of the board of Aecon Group Inc. and Chairperson of the board of Element Fleet Management. Mr. Tobin has been awarded honorary degrees by St. Francis Xavier University in Nova Scotia, Canada and by Brock University in Ontario, Canada.  Mr. Tobin is a member of the Institute of Corporate Directors and a graduate of the Directors Education Program.

Colin Robertson was appointed to the NFI board on October 1, 2020, after 30 years of operational and senior leadership experience in global manufacturing, including 13 years as the chief executive officer of Alexander Dennis Limited (“ADL”), which was purchased by NFI in May 2019. During his tenure, Mr. Robertson transformed ADL into a UK market leader as well as the global leader for double deck buses, through a relentless focus on customer experience and combining operational excellence, innovative products and best-in-class aftermarket support. Mr. Robertson also led ADL’s entry to zero-emission transportation and evolution to becoming a technology leader, driven by a focus on improving air quality around the globe. Mr. Robertson was awarded the Commander of the Most Excellent Order of the British Empire (CBE) in 2019 for his services to exports and to the bus and coach manufacturing sector. Also in recognition of his achievements, Mr. Robertson received Director of the Year from the UK-based Institute of Directors, as well as the EY award for Entrepreneurship and Outstanding Achievement. He was appointed Chair of Entrepreneurial Scotland in summer 2018. Mr. Robertson previously held executive leadership roles with Cummins, Case, and Terex Corporation. He has qualifications in Mechanical and Production Engineering, and studied at Kellogg School of Management, Northwestern University, Illinois.

Phyllis Cochran, CPA, is a corporate director and has served on the board of Spartan Light Metal Products, which is a private company, since 2014. Ms. Cochran also served on the board of The Mosaic Company from 2006 to 2013. She retired in 2012 after 33 years with Navistar International Corporation, a global manufacturer of commercial trucks and engines, where she served as President, Parts Group and President and Chief Executive Officer of Navistar Financial Corporation, among other leadership roles.  She has strong strategic, operational and financial experience.  Ms. Cochran also served on several not-for-profit and charitable boards and is a member of the Institute of Corporate Directors, National Association of Corporate Directors and the American Institute of Certified Public Accountants. Ms. Cochran holds a Bachelors of Science degree from Iowa State University.

Larry Edwards, ICD.D, is a corporate director and also serves as a director and Chairman of the board of Victory Energy Organization, LLC, an Oklahoma (USA) based designer and manufacturer of fired packaged boilers, waste heat boilers and heat recovery steam generators and related equipment. Mr. Edwards served on the board of directors of Black Mesa Energy, LLC from 2015 to 2020, Patriot Bank from 2013 to 2017, Red Fork Energy Limited (a company that was listed on the Australian Securities Exchange) from 2013 to 2015, NCI Building Systems, Inc. from 2007 to 2009 and Global Power Equipment Group Inc. (“GPEG”) and its predecessor Global Energy Equipment Group, Inc. from 1998 until January 2008.  Mr. Edwards served as the President and Chief Executive Officer of GPEG from May 2001 until his retirement in December 2006. Mr. Edwards also served as the CEO of GPEG’s predecessor company from June 1998 until GPEG’s initial public offering in May 2001. From February 1994 until June 1998, Mr. Edwards served as the President of Jason Incorporated’s power generation division. From 1976 until 1994, Mr. Edwards held various positions with Braden Manufacturing, including Vice President of Operations, General Manager and President. Prior to the IPO, Mr. Edwards served on the board of Transit Holdings, Inc. since August 2004. Mr. Edwards earned a B.S. in Industrial Engineering and Management from Oklahoma State University and an M.B.A. with honors from Oklahoma City University. Mr. Edwards is a member of the Institute of Corporate Directors and a graduate of the Directors Education Program.

Paul Soubry joined NFI as President and Chief Executive Officer in January 2009, leading the company through a series of transformations and acquisitions that have led to NFI’s current leadership position across the majority of its bus and motor coach markets. Today, NFI has approximately 7,500 people across nine countries and is leading the evolution to global zero-emission mobility or what the company calls the ZEvolutionTM.

Paul has a sales, marketing, business development and operations background in businesses held by trade, private equity and public owners, with substantial experience in business transformations and LEAN operational practices. Prior to joining NFI, Paul worked for StandardAero (one of the world’s largest independent aerospace maintenance companies) for 24 years, where he held a variety of increasingly senior positions; he was named President in 2001, Chief Operating Officer in 2006, and Chief Executive Officer in 2007.

Paul holds a Bachelor of Commerce degree from the University of Manitoba and attended the Executive Development program at Harvard Business School. Paul is a member of the Institute of Corporate Directors (ICD) and a graduate of the ICD-Rotman Directors Education Program (ICD.D). Paul currently sits on the Board of Directors of NFI Group, The Winnipeg Jets Hockey Club/True North Sports and Entertainment and The Wawanesa Mutual Insurance Company. He was also the Chair of the University of Manitoba’s Front and Center capital campaign, which raised CDN $626 million.

Paul was recognized as one of Canada’s Top 40 under 40 in 2003, inducted into the Canadian Manufacturers and Exporters Hall of Fame in 2014, received the Chartered Professional in Human Resources Patron of the Year Award in 2016, recognized as Canada’s CEO of the Year by the Financial Post in 2016, awarded the University of Manitoba’s 2018 Distinguished Alumni Award, awarded the Canadian Council for the Advancement of Education Distinguished Service Award in 2020, and awarded an Honourary Doctor of Laws from the from the University of Manitoba in 2022.

Krystyna Hoeg, CPA, is a corporate director and was the former President and Chief Executive Officer of Corby Distilleries Limited, a marketer and seller of spirits and wine.  She occupied this position from October 1996 to February 2007.  She joined the Allied Domecq group of companies in 1985 and held a number of senior financial positions with Hiram Walker & Sons Ltd., Hiram Walker – G&W Ltd., Allied Domecq Spirits and Wine and Hiram Walker and Sons Limited, lastly as Senior Vice-President of Finance – the Americas.  Ms. Hoeg is currently a director of Imperial Oil Limited and also serves on the boards of Revera Inc., Samuel, Son & Co. Limited, and Arterra Wines Canada, all three of which are private companies. She is a past director of Sun Life Financial Inc., Canadian Pacific Railway Limited, Shoppers Drug Mart Corporation and Cineplex Galaxy Income Fund and was a director of Ganong Bros. Limited, a private company. Ms. Hoeg is a past chairperson of the board of directors of Michael Garron Hospital. She was a director of the Woodrow Wilson Center, Canadian Institute (Advisory Council), Green Shield Canada and St. Michael’s Hospital Foundation, as well as the Business Advisory Council of United Nations Office for Project Services. Ms. Hoeg is a Chartered Professional Accountant (1982) and holds a Bachelor of Science from McMaster University, and a Bachelor of Commerce and a Masters of Science from the University of Windsor.

Mr. Gray is a managing partner and co-founder of Coliseum Capital Management, LLC, a private firm that makes long-term investments in both public and private companies.  Mr. Gray has served on the board of directors of NFI Group Inc. since March 2012, the board of Purple Innovation, Inc. since February 2018 and the board of directors of Blue Bird Corporation since December 2021.  Mr. Gray served on the board of directors of the Pas Group Limited from February 2016 until January 2020 (including as its non-executive Chairman since August 2017), Redflex Holdings Limited from December 2013 until June 2021 (including as its non-executive Chairman since February 2014), Blue Bird Corporation from February 2015 until September 2017, DEI Holdings, Inc. from February 2009 until June 2011, and Benihana Inc. from September 2010 until August 2012.  Prior to founding Coliseum, Mr. Gray served as Executive Vice President, Strategic Projects, and Capital Management at Burger King Corp, held several executive positions with the Metromedia Restaurant Group, and worked at Kluge & Co. and Morgan Stanley.  Mr. Gray holds both a BSE in Finance from the Wharton School of Business and a BS in Mechanical Engineering from the School of Engineering & Applied Science at the University of Pennsylvania.

Katherine S. Winter is currently the vice president & general manager, Autonomous Transportation & Infrastructure Division of Intel Corporation. At Intel, Ms. Winter manages a global organization, which delivers comprehensive solutions for Smart Cities, Mobile Automation and Transportation. She leads a team that is developing increasingly sophisticated platforms for a variety of commercial and consumer market segments, including: Advanced Driver Assist Systems (ADAS) and Autonomous Driving (AD), Automated Mobile Robots (AMR) and In Vehicle Infotainment (IVI). Prior to joining Intel, Ms. Winter was VP, Software & Services, Automated Driving for Delphi Electronics & Safety, where she led automated driving efforts, global new-growth strategies for embedded and aftermarket software products, and cloud-based automotive and consumer services. Prior to that, Ms. Winter held a number of senior R&D and business positions at Motorola in cellular infrastructure, telematics, and mobile phones. Ms. Winter holds a Bachelor of Science in Industrial Engineering from University of Illinois and a Masters of Business Administration from The University of Chicago.

Paulo Cezar Da Silva Nunes is a corporate director and an independent automotive business consultant, providing services focused on strategy and governance in the automotive industry. Mr. Da Silva Nunes is also the Vice-Chairperson of the board of directors of Marcopolo S.A., one of the world’s largest bus manufactures. He served on the board of Cesbe S.A. Engenharia Empreendimentos, a Brazilian construction company, from 2012 to 2019 and on the board of Sindipeças, the Brazilian association of auto parts manufacturers, from 2002 to 2013. Mr. Da Silva Nunes held various senior positions with Dana Holding Corporation from 1994 to 2012, including as Vice-President, Business Development, as well as various positions with Racine Hidraulica S.A. from 1974 to 1993 and Massey Ferguson S.A. from 1971 to 1974. Mr. Da Silva Nunes holds degrees in business administration and general accounting.

Wendy Kei, FCPA, FCA, F.ICD is a corporate director and currently serves as Board Chair for Ontario Power Generation Inc. Ms. Kei also serves on the boards of Noranda Income Fund and Centerra Gold Inc. Ms. Kei previously served as Chief Financial Officer of Dominion Diamond Corporation (formerly Harry Winston Diamond Corporation and Aber Diamond Corporation). In 2022, Ms. Kei was honoured as a Fellow from the Institute of Corporate Directors (F.ICD), named BMO Celebrate Women on Boards 2022 Honouree and in 2020, she was selected one of Canada’s Top 100 Most Powerful Women and was honoured as a Fellow Chartered Professional Accountant (FCPA-FCA) designation. In 2016, she was selected as a Diversity 50 Candidate by the Canadian Board Diversity Council. Ms. Kei is a Fellow of the Chartered Professional Accountants of Ontario, holds a Fellow designation from the Institute of Corporate Directors and holds a Bachelor of Mathematics from the University of Waterloo.